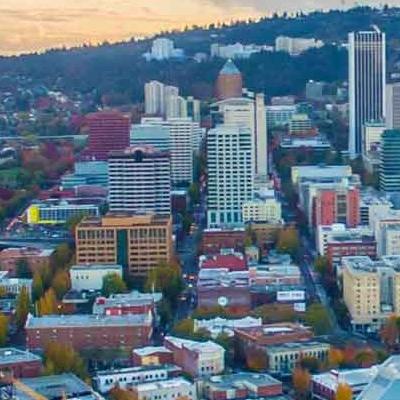 Serving All of Portland

Portland is the biggest city in the state of Oregon, and the second most populated city in the Pacific Northwest, following Seattle. The city itself comprises just under 145 square miles, with the surrounding urban area sprawling for over 520 square miles. With over 600,000 residents within the city and over 2.4 million in the surrounding metropolitan statistical area, about 47% of Oregon’s population lives in the Portland MSA. The median resident age is about 37 years. Portland’s population is 70% White (Non-Hispanic), with the three next largest ethnic groups being Asian, Hispanic, and Black or African American. Portland has one of the biggest Vietnamese populations per capita in the United States, with over 12,000 Vietnamese residents.

Portland is well-known for its progressive political attitudes and unique energy. In the 1960’s, after an industrial economic boom during WWII, the city earned a reputation as a progressive hub for counterculture. In 2012, Portland was deemed the least religious city in the nation, with more than 42% of residents identifying as unaffiliated to any religion or faith. It also has historically had a relatively high percentage of LGBT-identifying residents, at one point holding the second highest percentage in the United States. The city strongly prioritizes protecting free speech, environmental consciousness, and individual citizen rights. With the popular slogan, “keep Portland weird,” the city also has developed a reputation for being home to some of the most interesting attractions and events. One great example is Mill Ends Parkis, known as the world’s smallest park, which sits in a median strip and has a total area of 452 square inches. There are endless oddities to discover within Portland’s city limits.

Throughout the 21st century, Portland has experienced strong and steady economic growth. Of course, the pandemic caused a surge in job loss in 2020, but Oregon’s unemployment rate remained below the national average, at 5.9% for men and 7.9% for women at the end of the year. Portland’s economy largely relies on the commercial shipping and technology industries. The Port of Portland is the largest freshwater port on the US West Coast and is a major contributor to the city’s economic productivity. The city also is sometimes referred to as “Silicon Forest” because of its expansive tech industry. There are over 1,200 tech companies within the metro area. The largest employer in Portland is Intel, providing over 15,000 jobs for residents.

As of 2021, the median home value in the Portland metro area is around $525,000, and the median household income is about $73,000. Portland is currently a seller’s market, with most housing selling for 100% or slightly more than asking price. The average monthly rent is about $1500, and the average apartment size is 755 square feet.

The city of Portland is a vibrant and exciting place to live for people of all ages, from college students to families. There are endless cultural attractions, such as the Oregon Museum of Science and Industry and the Portland Art Museum. The city is extremely well known for its wide variety of street food, and has often been named one of the best cities in the country in terms of food quality. Food carts are immensely popular, as well as breweries and coffeehouses. Some of the top ranked neighborhoods in the metro area are the Pearl District, Nob Hill, West End, Arlington Heights, and Laurelhurst.

Renters often start their search at the Utopia website. We list your rental units on real estate websites that receive the highest number of hits, especially utopiamanagement.com. We’ve built a massive referral base of good tenants through years of stellar customer service, so being listed on our website will expose your property to a large number of potential tenants. The Utopia Management website displays the most recent available units, as well as the amenities that make your rental property special. Complementing our digital marketing strategy is online tours, prominent signage, and property showings that go on every day of the week.  With a highly responsive team of property managers, you never lose a potential tenant because we are not available to take a call or answer an email promptly.

With more than 25 years of experience managing apartment complexes and buildings, Utopia Management understands the importance of handling the daily management responsibilities that generate our clients a considerable amount of passive income. We take care of everything, including property maintenance, developing promotional strategies, tenant retention incentives, and implementing a responsive online accounting program that gets you access to the numbers whenever you want.

Experience is more than screening tenants and repairing appliances. Our experience has led to the creation of many positive processes that streamline operations, while not sacrificing the high quality of service that we provide for your tenants. From knowing housing codes to pricing units to be competitive in the Portland market, Utopia Management is the ultimate do-it-all apartment management company. When it comes to commercial property investments, Utopia’s property managers are professional and think like entrepreneurs. Investors have trusted Utopia for years for all types of commercial property: medical buildings, industrial and office complexes, mixed use, and retail storefronts.  We offer extremely competitive management fees, customized to the size and complexity of your property and portfolio. Rental Management for Homes and Condos

If you have invested in a rental home or a condominium, you know that you have to spend seven days a week screening tenants, completing maintenance projects, and submitting legal documents to local government agencies.  Utopia Management can take all the work off your shoulders.

Our residential property management fee is a low 8% with no additional leasing fees. Our clients tell us that the money we save them in low vacancy rates and maintenance cost savings pays for itself. Renters often start their search at the Utopia website. We list your rental units on real estate websites that receive the highest number of hits, especially utopiamanagement.com. We’ve built a massive referral base of good tenants through years of stellar customer service, so being listed on our website will expose your property to a large number of potential tenants. The Utopia Management website displays the most recent available units, as well as the amenities that make your rental property special. Complementing our digital marketing strategy is online tours, prominent signage, and property showings that go on every day of the week.  With a highly responsive team of property managers, you never lose a potential tenant because we are not available to take a call or answer an email promptly. Our comprehensive tenant screening process includes extensive background checks that cover credit and law enforcement issues. We contact a prospective tenant’s current employer, as well as the most recent employer to determine whether a potential tenant is worthy of consideration. However, the most important piece of information during the tenant screening process is the feedback that we get from previous landlords. Not only do we want to know about fiscal responsibility, but we also want to know how a prospective tenant treated the previous rental unit. A tenant that is careless with your property and amenities is not a candidate to sign a long-term lease.

Our thorough screening process leads to lower eviction rates and longer-tenured tenants that pay their monthly rent on time. Maintenance and Repairs for Less Stress at Less Cost

One of the reasons we have become a household name among rental property investors is because we give our clients more time to pursue other business interests that include investing in more rental properties. We manage all maintenance and repairs, including rent-ready updates and inspections. Our general contractor’s license allows us to complete most repair and maintenance projects for much less, with an available and knowledgeable in-house crew. Alternately, we lean on our vast network of independent contractors in Portland, whom we’ve learned to rely on for the best prices, quality work, and fast turnaround times.  Our owners never have to deal with the headaches of working with repair people and fielding issues from tenants; we handle it all and save you money at the same time.

We take care of every move-in and move-out inspection, as well as provide you with a full account of every project that we complete by uploading the information to our online portal. Handling all Accounting and Financial Responsibilities

Having full access to your financial data allows you to review invoices and important tax documents. When you have a question, one of the members of our accounting department takes your phone call to provide answers.

What is the population of Portland?

According to the 2020 census, Portland has a total of 652,503 residents, making it the most populous city in the state of Oregon.

What are the rent increase laws in Portland?

How much is rent in Portland?

Is Portland a good place for real estate investment? As the largest city in Oregon, Portland earned the nickname “City of Rose” for brilliant floral displays that enhance the ambiance of the city. Nestled at the confluence of the Columbia and Willamette rivers, Portland is known throughout the United States and in many parts of the world for its parks, bridges, and bicycle paths. As the cultural hub of Portland, Washington Park is home to the Oregon Zoo and the formal Japanese Garden. Like its neighbor to the north, Seattle, Portland is known as a hotspot for budding artists and musicians.

The city attracts a wide variety of businesses because of its relatively low cost of living and quick access to some of the most spectacular vistas in North America. A short drive to Coos Bay welcomes the daily evening fog that produces a scene straight out of an Ansel Adams photograph. Majestic Mt. Hood and the volcanic wonder Crater Lake National Park provide both visitors and residents with plenty of things to do in the Great Outdoors.

The diverse economy includes one of the largest shipping dry docks in the United States. Portland’s main shipping terminal processes more than 13 million tons of cargo every year for destinations as far away as Asian ports and as close as California dry docks. However, technology is the sector that stirs the local economy. The high number of technology companies has created a second nickname for Portland: Silicon Forest. 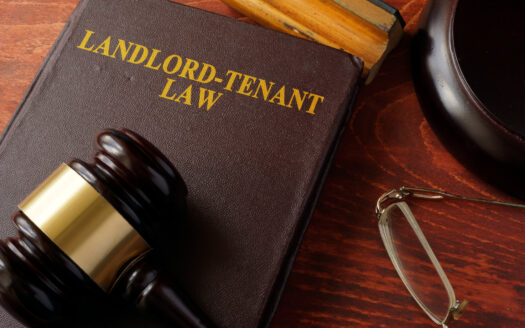 Nov 29, 2022
The state of California has laws in place to prevent harassment against tenants; landlords cannot verbally or physi …
Continue reading 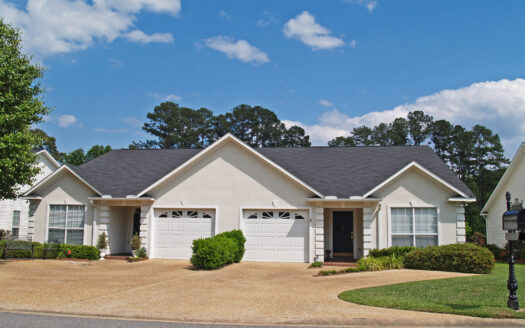 A Look Into The Appeal of Small Multifamily …

Nov 17, 2022
Landlords and investors know that the rental market never fails to surprise us. We just talked about an unexpected …
Continue reading 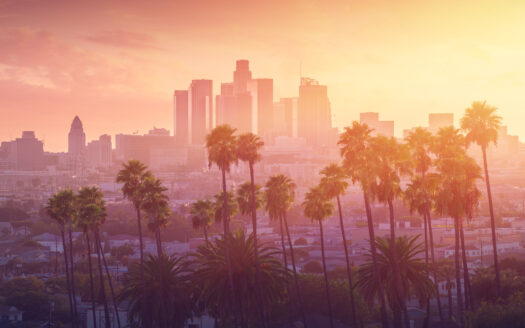 This One Rental Type is Avoiding Increases i…

Nov 14, 2022
To no one’s surprise, rents have been on the rise in recent years in California — along with almost all …
Continue reading 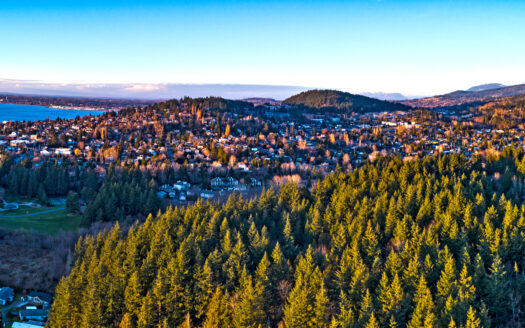 Nov 11, 2022
With rent skyrocketing nationwide in recent years, many people are looking for more affordable areas for their next …
Continue reading